Everyone of our ancestors led an interesting life no matter where they came from and where they were
brought up and raised. I think it’s nice to hear about someone’s aunt, brother or great grandfather. Who they
were and what their life was like. So in this section I want to write about the life of Rose Dixon (James Davis’s Nan)

Rose Dixon – 12/01/1924 – 26TH July 2001
“Mum worked at Dunn & Bradstreet’s on London Bridge when I was very young. She has also worked at Gallagher’s a
cigarette manufacturers, I think during the war. She had to stay in London while the war was on but her sisters and
brother were evacuated to Devon. She worked at Peek Freans Biscuits factory in Bermondsey, London. She used to
bring home bags of mixed broken biscuits every week, they were all nice but my favourite was a thin caramelized biscuit,
can’t remember its name. Then she worked in Kintor Way Nursery School in the kitchen as an assistant to the cook
called Bunty who was a Scottish lady. Mum really liked it there with all the children. When she left there she went to
work at another school called Bacon School where her youngest daughter Gill went to. Rose was an assistant to the
teacher of Domestic Science (Cookery & Home Economics). Rose stayed here up until she retired.
Mum had a very hard life growing up during the war and her father dying so young he was only 41 years old. She had to
look after her younger brother Lenny and her two younger sisters Louie and Pat a lot whilst her mother was at work. If I
remember right nanny Rose had to work at Marconi’s Wireless Telegraph on the Albert Embankment, London ,
which was a fair way from where they lived and sometimes she had to work nights. When Louie, Pat and Lenny were
evacuated mum used to go to see them. Louie & Pat told me they were very proud of her. When she came to visit she had
such lovely ginger hair and she looked like a filmstar.

. She was bombed out at least twice during the war. I remember her telling me about when she had to go down
the shelter and she could hear the Germans bombing Surrey Docks. I now know why they were called the Surrey
Docks because Bermondsey was listed as being the in the county of Surrey in earlier years, not in London as it is now.
I have only learnt that by doing my family tree and looking up birth certificates and census’s. 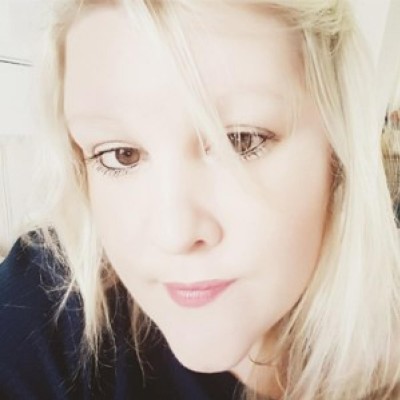