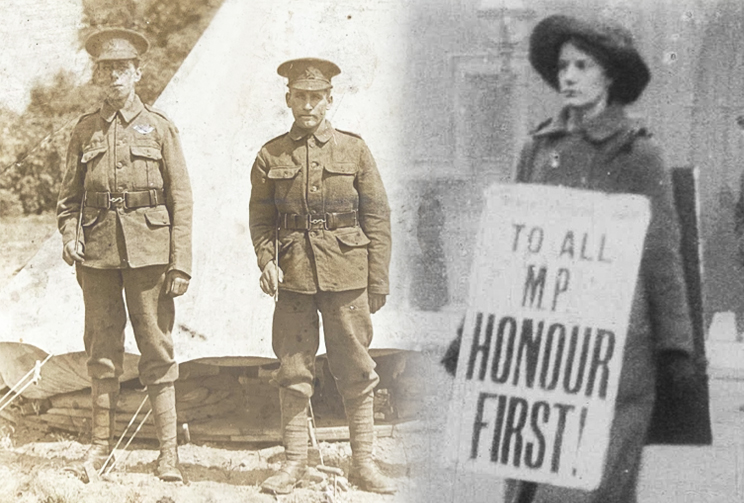 The 1921 census was taken three years after the First World War and Britain was very much still getting over the impact of the war and families were still very much picking up the pieces of the loss of loved ones. The Spanish flu pandemic had also taken its toll globally and 1921 saw a big unemployment crisis which had a large impact on the working class. Many families were struggling and living on the line of poverty and many of these contributing things led up to the great depression in the 1930s. However, life was changing, culture and general attitudes of society were taking a different direction and it was the beginning of a new era.  After the impact of the Suffragette movement which started at the beginning of the century, women finally were allowed to vote at the age of 21 in 1928, having the same rights as men with voting. Life was changing and some women were noticeably identified in the 1921 census working.

I like to think of each census as an open window which gives you a small snapshot of time. It’s the nearest thing to a time machine in many ways to see where your ancestors were living and who they were living with. Findmypast.co.uk is currently the only platform in which you can search the 1921 census. The good news is that you don’t have to have a paid subscription to access it, however it will charge with each search result. With each result it gives you two options to download. The cheaper is just the transcription of the original and the slightly more expensive is the original census. I would always recommend the original census because it cuts out the room for mistakes which can be common in transcripts.

Like all the other census returns, for some people it will answer questions that they haven’t been able to get from the 1911 or 1939 register, but for others it may throw up more brick walls and unanswered questions. The difference with the 1921 census is it will give you the address of their employers and will give you details of their occupation. It also has a section which is headed “Marriage or Orphanhood “in which children under the age of 15 had to either state whether their parents were “both alive”, “mother dead” “father dead” or “both dead”. The address of where they are living at the time of the census is on a different page which you have to go to a button at the bottom of the census which says “extra” and there you can see the page turned over for you to read the address. Just like the 1911 census this is written by the hand of the head of the household which is nice to see the handwriting of our ancestors.  Many famous people can be found in the 1921 census and many people who were alive then, but not necessarily recognized as famous at that particular time such as Vivien Leigh or Enid Blyton. It can be interesting to see where they were and who they were living with. I think also with this census it’s not so far back in history so people can search for their grandparents and parents.