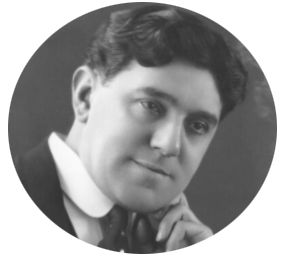 Family history can take you on the strangest of paths sometimes. Amongst some old brown torn paperwork I came across a letter which stood out to me which was signed Bransby Williams.

One of my most recent genealogy projects has taken me on a slightly different journey to this great British actor, a great comedian and monologist. Born in Bethnal Green Bransby William Pharez was born on the 14th August 1870 to William Meshech Pharez and Margaret Giles (nee Booth). According to the 1891 census he was living with mother and father and two siblings Frederick and Samuel. His father William was born in Africa and at the time of the census he was working as a printer pressman.

Bransby’s working life started out as a tea taster in Mincing Lane which he left to work for a wallpaper manufacturer. Whilst he worked there in the evenings he would perform and do impersonations in men’s clubs and music halls which he earnt a few shillings on the side. His real successful breakthrough was in 1896 when he made his first regular appearance at the London Music Hall in Shoreditch where he did many impersonations of other leading actors at the time such as Henry Irving.  He soon gained fame at the Westend and became known for playing popular Dickens characters such as Scrooge and the Miser from Bleak House. He started to tour around different parts of England performing across different stages which included Liverpool, Birmingham, Oxford and Leicester.

On the 20th February 1892 he married Emilie Margaret Dent at St John’s Hackney. According to the 1911 census (which is written by the head of the household) they had eight children in total but in 1911 only 5 were living which included his daughters Winnifred, Ida and Betty and their two sons William and Eric.

His eldest son Captain William George Bransby Williams, MC, RFC otherwise known as “Sonny” fought in the Great war for Royal Flying Corps 19th Sqdn which sadly he was killed in action and his body was never found.

Bransby continued acting and touring and later in his life he wrote an autobiography dedicated in memory of his son William.

Bransby’s success continued and he appeared at the Royal Command Performance on the 3rd December 1903 Sandringham House where he performed for King Edward VII.

In 1922 he was his own manager and toured and performed with his own company. His performances included roles in Hamlet, Oliver Twist, David Copperfield and many more. His acting career had taken him to different countries to perform such as America, Canada, Australia, New Zealand and South Africa. In later years he turned to radio, television and film which included the BBC radio show Desert Island Discs on 4 November 1957 where he reflects on his favourite pieces of music and memories.

A letter amongst some other paper work took me on a journey of a man who had a successful acting career for his time and not only do you get a real glimpse of his life through different media sources, but the records themselves give you a small time frame. I have not included all the records I have used in this article but I wanted to share the life of a man that may have been someone your own ancestors enjoyed listening and watching.  Imagine one of your ancestors may have just been a member of one of his audiences at a particular time just as the man who owned the letter addressed to him signed Bransby Williams.