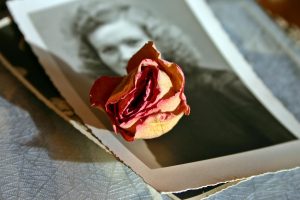 Family history is a unique journey for everyone and when you’re looking into your family history, you may find you will be overwhelmed with information with peoples names, dates and places. You may find that not everything is going as smoothly as you thought it would and you have hit a brick wall in your research that you’re not sure where to go from here. When you come to dead end or brick wall the big thing to remember is don’t give up! There are other ways to try to solve these unexplained things. The key thing is as a researcher you have to open your mind to all possibilities and even to the unexpected. Although you might have been told information from family members about your ancestors you have to remember you physically wasn’t there at the time. I am going to be brutal with this but you have to also realise that in some cases our ancestors told damn right lies. Understand that they were not always telling the truth. This could be when registering a child, getting married and even an informant who was giving information for a deceased. Just like today there were some devious characters about. There were many bigamists that were caught and punished, many did in fact get away with it, leaving their confused descendants to try to make sense of these events. According to the Newspaper “The People” – London on the 13th June 1918 there were 16 cases of this type of character that was held at the Old Bailey. One man, Tom Williams, was found to have married five times and was about to be married another eight times to eight different young women. In this man’s defence at the time he explained he was given some bad advice that if you had not lived with your wife in seven years, and did not know where she was, then it was a man’s liberty to marry again. He was sentenced to seven years penal servitude.

To have a child out of “Wedlock” was almost like you were committing a crime back then and the shame it was to bring to the family. Nobody thought of the poor child that had to grow up with being referred to as a “bastard child” and the effects it would have on their life. When it came to registering the child there were many cases where the mother has put no name for the father on the certificate. There have been cases where the mother has registered the child under her and her husband and not the child’s true father which might identify the fact that she might have been unfaithful to her husband. Try to compare the birth certificate with a baptism if you can and other records which may be able to shed some light on things if there is some uncertain information.

Be open minded when you look into your family history and talk to your living relatives sometimes a small piece of information they might tell you might be like a key that opens the door you need to open!