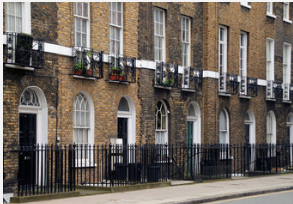 Shoreditch as we all know today is part of London and comes under the borough of Hackney.
The origin of the name is not certain, however it has a Saxon name and may come from the “Sewerditch”, a
stream, which ran east of St Leonard’s to near Holywell Lane. Through time Shoreditch has changed with it’s
large growing population, however St Leonard’s (Shoreditch church) stills stands and is one of its most
famous historic, ancient origins, which is also quoted in the nursery rhyme oranges and lemons ‘when I grow rich say the bells of Shoreditch’. Another main attraction was that the first two London theatres were built in Shoreditch this included the theatre of 1575 which was known as “The Theatre”. Located at Curtain Road at the junction with New Inn Yard. The second theatre was known as ‘Curtain Theatre’ which was where the famous William Shakespeare performed some of his first plays. It is also thought that Shakespeare may have lived in Bishops gate and possibly Holywell around that particular time.The theatre and entertainment side of Shoreditch was to stay and grow through to the Victorians where it became popular for the National Standard theatre (1837-1940) and The Shoreditch Empire aka The London Music Hall (1836 – 1935).

Sadly today things are a lot different because of the West End and other major theatres that are centred
around other parts of the capital and across the UK that the main theatres and entertainment buildings
were demolished or no longer used as a theatre. Through the Victorian period the population of Shoreditch
grew faster than any other London parish in the first half of the nineteenth century. In 1801 Shoreditch had a population of 35,000 people and this figure rose to 135,000 by 1851. Shoreditch became a very overcrowded place which caused poverty, crime and prostitution. It became a hard place to survive in, with the overcrowded houses and streets, poverty and diseases spread rapidly. Shoreditch workhouse first opened in 1777 and this was where many people ended up if they couldn’t afford to look after themselves. Today Shoreditch is mainly flats and houses, it has become very built up over time. Known for many
pubs and clubs and art galleries, however it still has its fair share of poverty and urban decay.

Next post The Victorians and How They Changed Britain