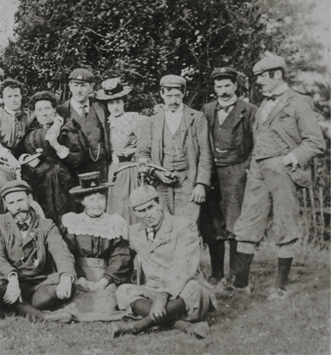 I know so many couples today who have children who are not married and it doesn’t make any difference to their lives or their children’s. However, step back a hundred years and even up to the 1960s it was seen as wrong to have children out of wedlock. Society put so much pressure onto to couples that they must be married before bringing a child into the world. Many unmarried mothers were forced to give up their babies in the 1950s simply because they were not married or had any support from their families. Children would be casted as illegitimate and this word would be like a shadow which followed them on their birth certificate, school records, baptism records, workhouse records it stated in black and white. It brought a huge big stigma to the family if a child was being brought up out of wedlock. It can get complicated for family historians researching children born out of wedlock and whether the family covered up the fact or not. In many cases if a child had a different father and the mother remarried the child was given the name of their stepfather. In many records a child was given the surname of the father and yet are on a census listed as ‘son’ or ‘daughter’ but have a different surname to the rest of the family. Then there are the cases where the child has been given the maiden name of the mother so nothing would connect to the identity to the father. Without DNA it can be quiet hard to get answers unless other records prove otherwise.

Then there are these scenarios a child is born and both parents want to get married but are still married to previous spouses but cant afford a divorce. Divorce was very rare because simply people couldn’t afford it. So when a couple parted and met someone else they couldn’t legally just remarry as they would be committing bigamy. Many were content just to live with their new partners as they were but when a child was conceived between them it would cause problems for the child being casted as illegitimate even though the parents would marry if they could. In 1926 the Legitimacy Act came in where children could be legitimised if their parents married after their birth. This was also providing that both parents were not married to a third party at the time of the child’s birth. So an example of this is you may have a grandparent born in 1930 and when you look up the registration for his or hers birth entry you may come across another birth entry but perhaps in 1960 for the same person but years apart. This could be that the second entry is when the child’s parents actually got married and had their child legitimised hence the second entry. Perhaps this was when also a first spouse had passed away giving the couple freedom to finally marry.